Our blog is reader-supported. When you click a link in a post, we may earn a small comission at no extra cost to you. This article is intentded for informational purposes, and is not a replacement for medical advice. Learn More

The seven chakras are the key points on the body from which our energy emanates and flows. There are many ways to target our chakras, and one of the most effective is to use chakra stones.

When we open our chakras, energy can flow continuously throughout us. This creates alignment between our physical body and our spirit.

Out of all the ways that exist to unblock and align our chakras, one of the most powerful is to use chakra crystals, also known as chakra stones.

Where to Buy the Best Chakra Stones

As with most things, crystal healing is best done using high-quality crystals. Our absolute favorite place to buy Chakra Stones is from Rock Paradise. They are one of the leading crystal sellers in North America, and have thousands of glowing reviews!

Chakra stones can come in many shapes and sizes, and can include things like palm stones, tumbled stones, pyramids, and more! While it is possible to buy each chakra crystal separately, many people find it easy and convenient to purchase a set of chakra stones.

Rock Paradise has some very popular sets that are perfect for chakra healing! Check out their awesome 7 Chakra Stone Sets Below:

The widely popular 7 Chakra Stone Set by Rock Paradise is probably the best option for anyone who wants a complete chakra stone set.

Remember, the best way to find high-quality gemstones is to stick with a reputable source like Rock Paradise.

Knowing how to align one’s chakras is an important aspect of spiritual development.

But what exactly are chakras anyway?

People first identified the power and importance of the chakras in ancient India. In fact, we can trace this back to ancient writings as early as 1500 to 1000 BC.

More recently, the idea of chakras and chakra healing has gained a ton of popularity in the west.

With the explosion in the popularity of yoga, people have rediscovered this ancient bit of wisdom.

However, despite its newfound popularity in the west, gurus and spiritual healers have known about the importance of chakras for centuries.

What does the word “Chakra” mean?

The word Chakra has its roots in the ancient language of Sanskrit. It derives from a word that essentially translates to “wheel” and refers to various energy points in your body.

Like the Sanskrit word suggests, the Chakras are thought to be spinning “wheels” of energy.  that should stay “open” and aligned.

Basically, each chakra has a color and a number, and corresponds to a meridian, or point, on the body.

As mentioned, the practice of opening or aligning your Chakras is thought to be a key component of spiritual development.

When we open or align our chakras, our body, mind, and spirit are thought to function harmoniously.

However, when chakras are closed or blocked, we may begin to notice issues that emerge.

In general, blocked chakras can manifest in various forms of unbalance, which can ultimately result in negative symptoms.

Essentially, through the use of various tools and meditative techniques, one can target specific Chakras for alignment. Each of the seven chakras has corresponding natural elements that can help channel it.

While many people rely on meditation alone, one can target the opening of their chakras more easily when they use chakra crystals in this practice.

In fact, it is thought that even just having chakra crystals near you or in your space can help keep your chakras open.

Below, we will discuss each of the seven chakras in detail. In addition, we will cover the various chakra crystals that are most beneficial for opening each of the chakras.

Each of the 7 chakras has a unique set of attributes. Therefore, each chakra has a corresponding set of gemstones or chakra crystals that help in aligning it.

So what are the best chakra crystals to use?

The root chakra (also known as the Muladhara) connects to our foundation.

Essentially, it is responsible for keeping us grounded, hence the name “root”.

The root chakra provides us with a sense of purpose and stability in our life. Therefore, feelings of self-confidence and balance result from an aligned root chakra.

On the other hand, if our root chakra closes, we may notice that our foundation is weakened. In addition, a closed root chakra may result in us having a hard time enduring the various challenges that life presents us with.

So how can we target the root chakra with crystals?

Typically, red crystals are most often associated with the root chakra.

While many crystals can help align the root chakra, the following crystals are thought to be the most effective:

The sacral chakra, also known as the Swadhisthana, is thought to be responsible for regulating things like creativity and sexuality.

When we open our sacral chakra, we may experience a healthy relationship with pleasure and sexual fulfillment.

Similarly, we may find that our creative “juices” flow more easily when our sacral chakra is open. If you have ever experienced that feeling known as “writer’s block”, a closed sacral chakra could be the culprit.

As you probably guessed, a blocked sacral chakra can result in things like sexual frustration, apathy, and a foggy sense of purpose.

Of the many stones that can assist in opening our sacral chakra, here are the most common ones.

The solar plexus chakra, also known as the Manipura, affects our sense of confidence and worth.

In general, an open solar plexus chakra can strengthen our sense of importance and value in the world. In addition, this can result in an unshakeable sense of confidence that can allow us to turn our dreams into reality.

Similarly, that feeling of having butterflies in our stomachs when others are watching us is also a result of the solar plexus chakra at work.

Someone with a blocked solar plexus chakra might experience lingering feelings of guilt and shame.

There are several stones that can help align this chakra. Below are some of the most common.

The heart chakra, also known as Anahata, is involved in our ability to give and receive love.

In general, it is associated with feelings of joy and compassion. That said, many people overlook the element of “self-love” that this chakra represents.

That is why self-love is a key part of learning to manifest love (you can read more about that here).

Therefore, it is very important to ensure we align this chakra.

Having an open and aligned heart chakra results in an ability to give and receive love freely and effortlessly.

On the other hand, a closed heart chakra can result in one being unreceptive to love.

Similarly, a closed heart chakra can cause one to become skeptical of the intentions of others and have a difficult time letting others in.

Being constantly suspicious of the motives of other people can be a result of a blocked heart chakra.

Some of the most beneficial heart chakra crystals are listed below.

The throat chakra, also known as Vishuddha, is what allows us to communicate our innermost thoughts and intentions.

You can think of this chakra in a sense, like a microphone for the soul.

In essence, this chakra gives voice to the thoughts and feelings swirling around inside us. When our throat chakra is open and aligned, we can communicate with clarity.

In theory, by opening our throat chakra, we can improve our relationships. If we can express ourselves more clearly, we can communicate on a deeper level with those around us.

Below is a list of throat chakra crystals that can help us open and align this important chakra.

The third-eye chakra, also known as Ajna, is incredibly important for spiritual development. It is thought to control our intuition, and connect us with higher realms of being.

When someone has a fully aligned third-eye chakra, they may experience psychic abilities or visions.

In essence, this chakra is responsible for our ability to transcend our physical body. In this way, the third eye chakra can give us a powerful sense of clarity and perspective.

The third eye chakra is also thought to give us a sense of non-duality. Basically, this means it helps us see ourselves as the universe itself, and not just a separate part of it.

Overall, the third eye chakra is one of the most referenced chakras in spirituality.

Below are the chakra stones most often associated with our third eye chakra.

The crown chakra, or Sahasrara, is one that very few people can truly unlock. That said, an open crown chakra connects us to the highest nature of existence.

This chakra is not associated with the “thinking mind”. That is, there are no specific intellectual thoughts that accompany it. Overall, an open crown chakra provides a deep sense of bliss and tranquility as one is connected with the essential nature of the universe and life itself.

This can be a very difficult chakra to open, but doing so is well worth the effort as it can provide the purest sense of peace and harmony.

Below are the chakra crystals most effective at aligning the crown chakra. 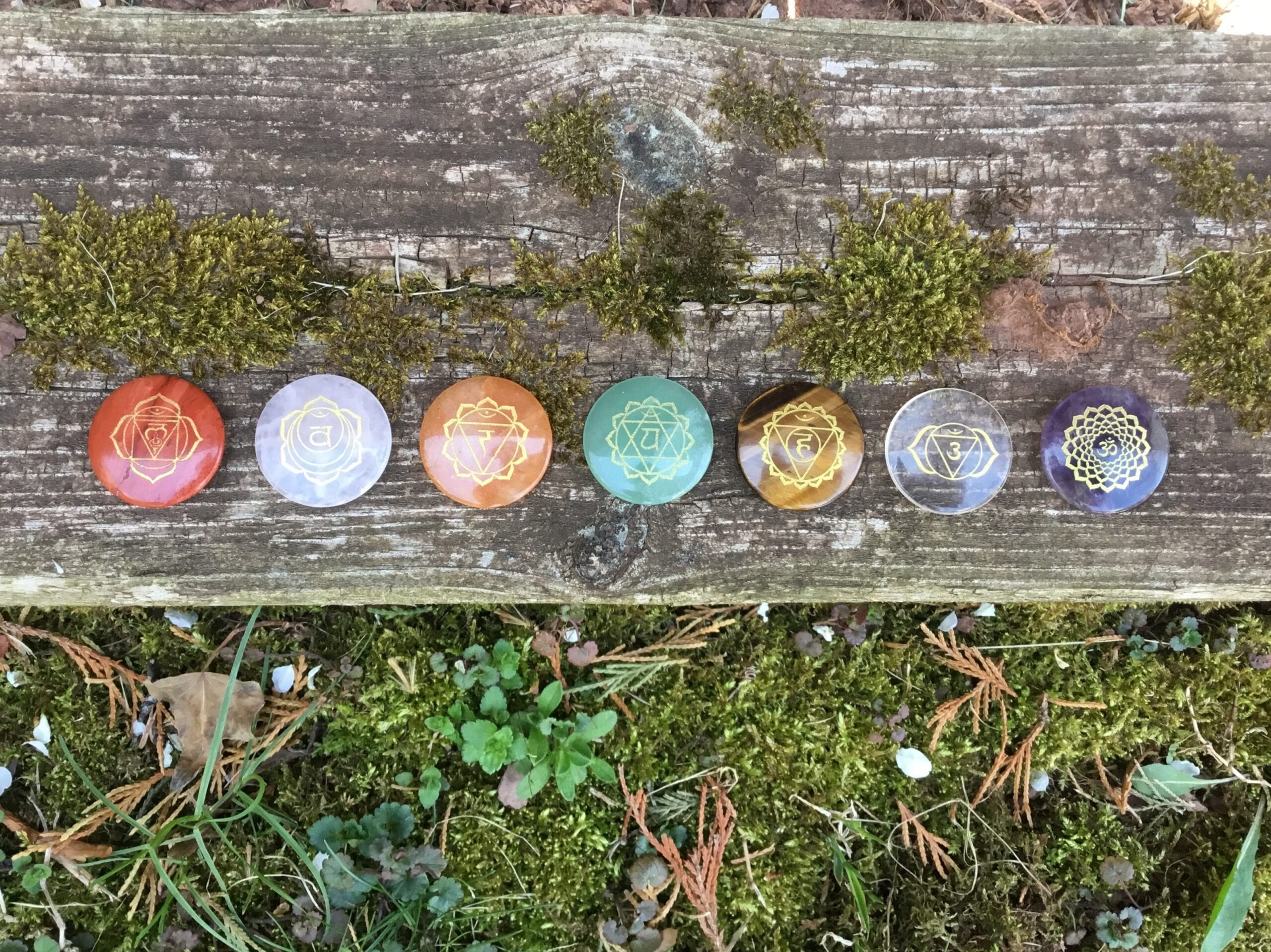 As you can see, chakra crystals are powerful for crystal healing. In essence, chakra stones can greatly enhance our ability to open and align our chakras.

That said, the above list only provides a few of the very many chakra crystals that can be used.

Just like many aspects of crystal healing, using chakra crystals is not a one size fits all approach. Instead, it is important that you approach chakra healing with pure intentions and an open mind. In doing so, you will allow the energy contained in the chakra stones to vibrate at its most effective frequency.

Overall, what matters more than which specific stone you use, is your belief, and clarity of intention. Therefore, you should never approach a healing session for the wrong reasons. 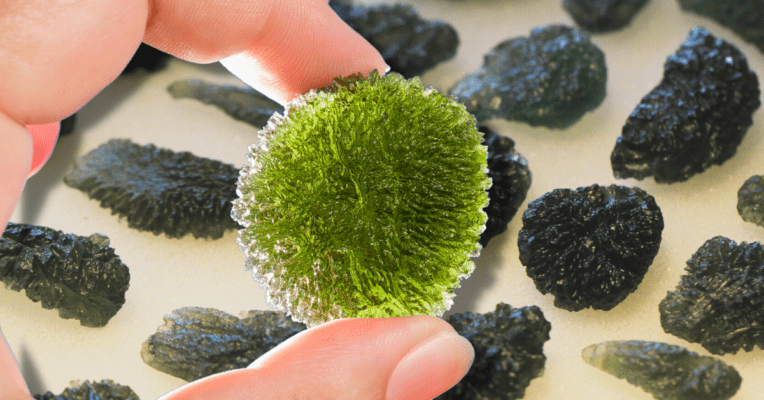 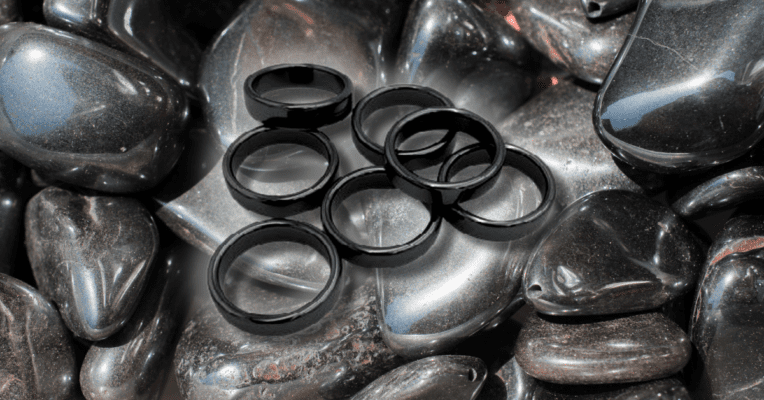 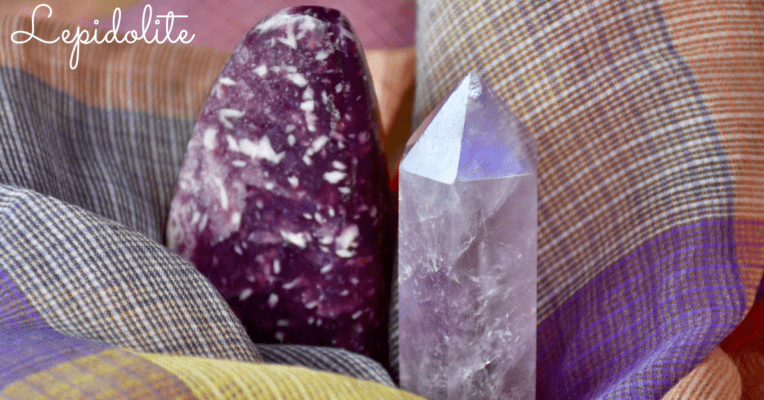 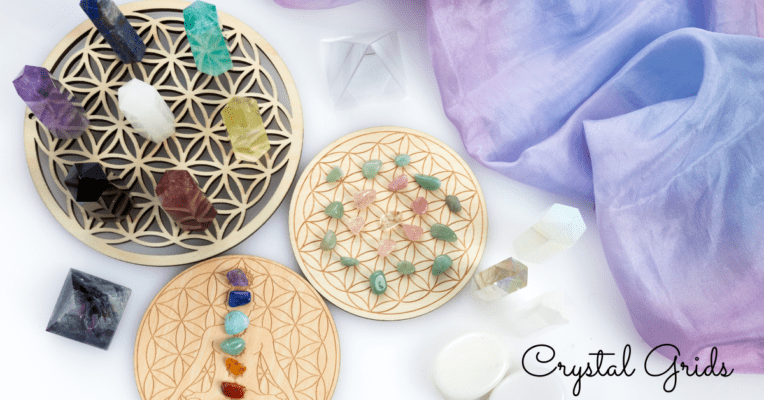 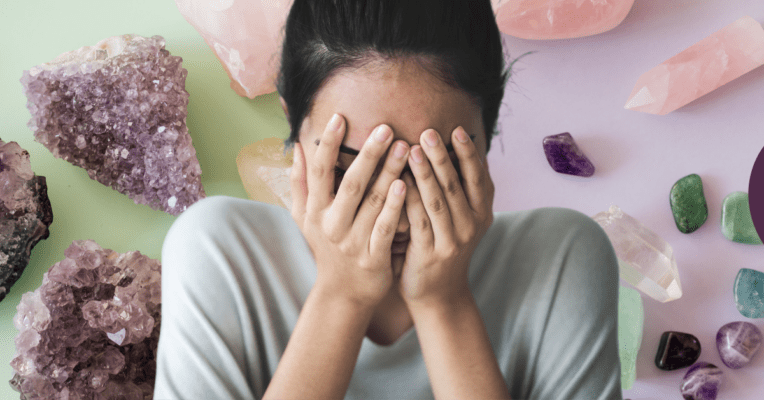 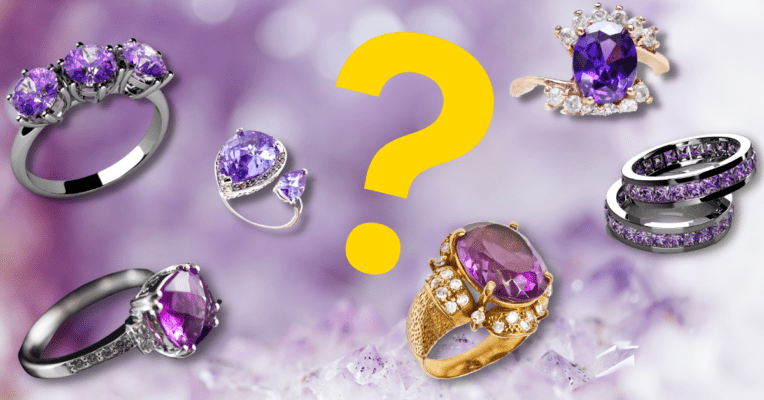